The 11 Highest Paid CEOs in The United States

The annual salary of these managers exceeds 20 million dollars. 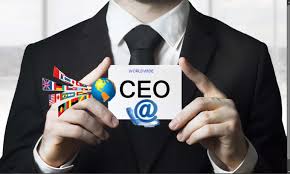 The directors of US companies have salaries equal to high office, to over 20 million dollars a year, especially in companies that have a presence in international markets.

The 10 Best Cities in The Us for Hispanic Entrepreneurs

The USA Today site announced the list of the highest paid executives in the country during 2018, in different industries, although most of the first places are dedicated to technology.

The first place on the list is shared by the two CEOS of Oracle software company , Mark Hurd and Safra A. Catz with an annual salary of 108.3 million dollars and 138 thousand employees under his direction.

In second position is the president and CEO of Disney , Robert Iger , with earnings of 65.6 million dollars during 2018, as the company reported revenues of 55.1 billion dollars

The third site was won by Brian Roberts , CEO of Comcast . Last year, the company he runs earned 84.5 billion dollars, so his salary was 32.5 million dollars.

Look in the following gallery for the list of directors of companies that earn the most money in the American Union.